Hacking Darwin and the future of humanity 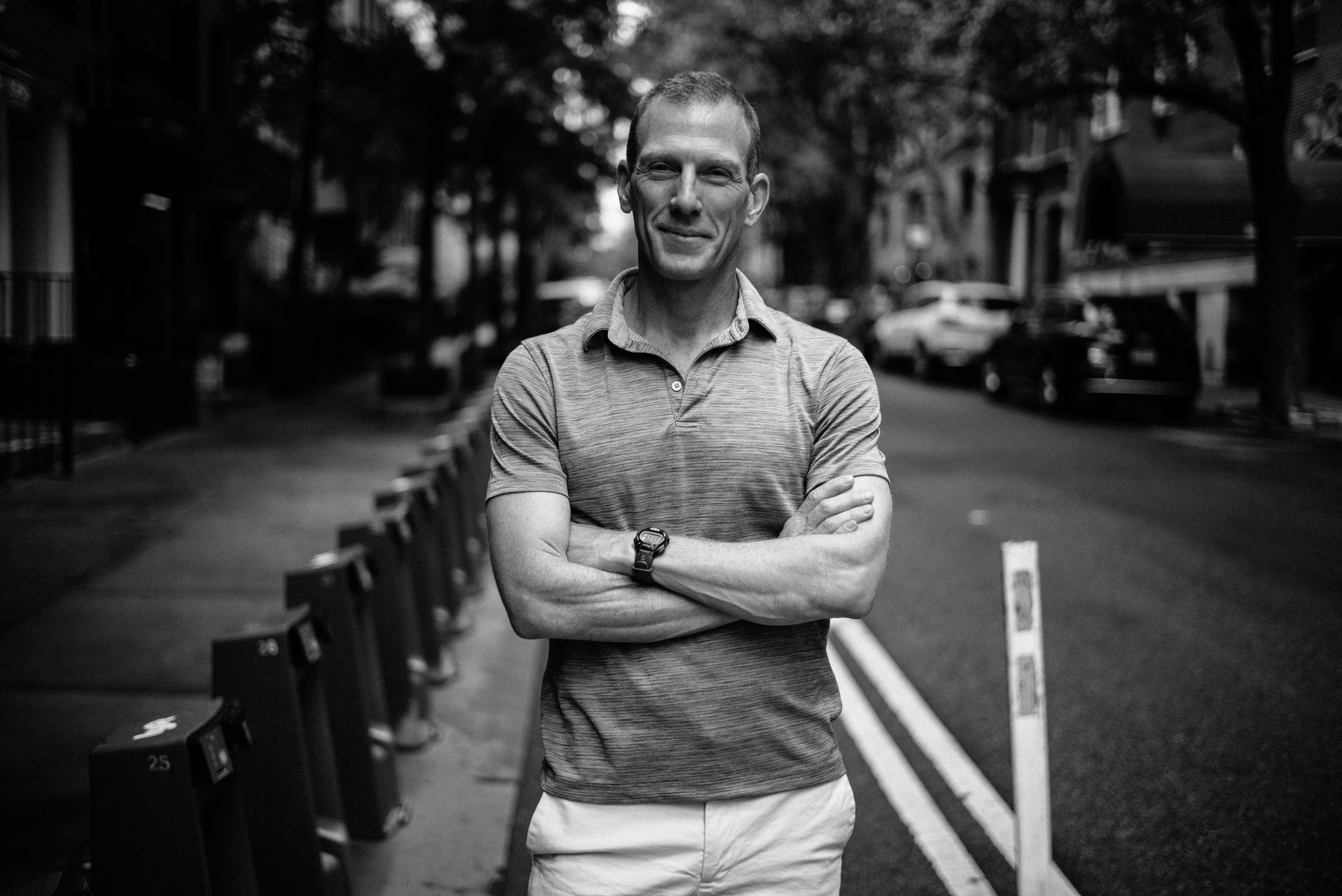 Will AI-assisted IVF be the new normal when it comes to having smarter and healthier children? This, and other provocative questions are at the heart of Jamie Metzl’s brilliant new book, ‘Hacking Darwin’, which argues that we are at the dawn of a new genetics revolution. In Jamie’s view, our DNA is becoming as readable, writable, and hackable as our information technology. So what will this mean for humanity as we start to reengineer our own genetic code and radically change our lifespan and capabilities?

The unexpected economics of the data-driven future 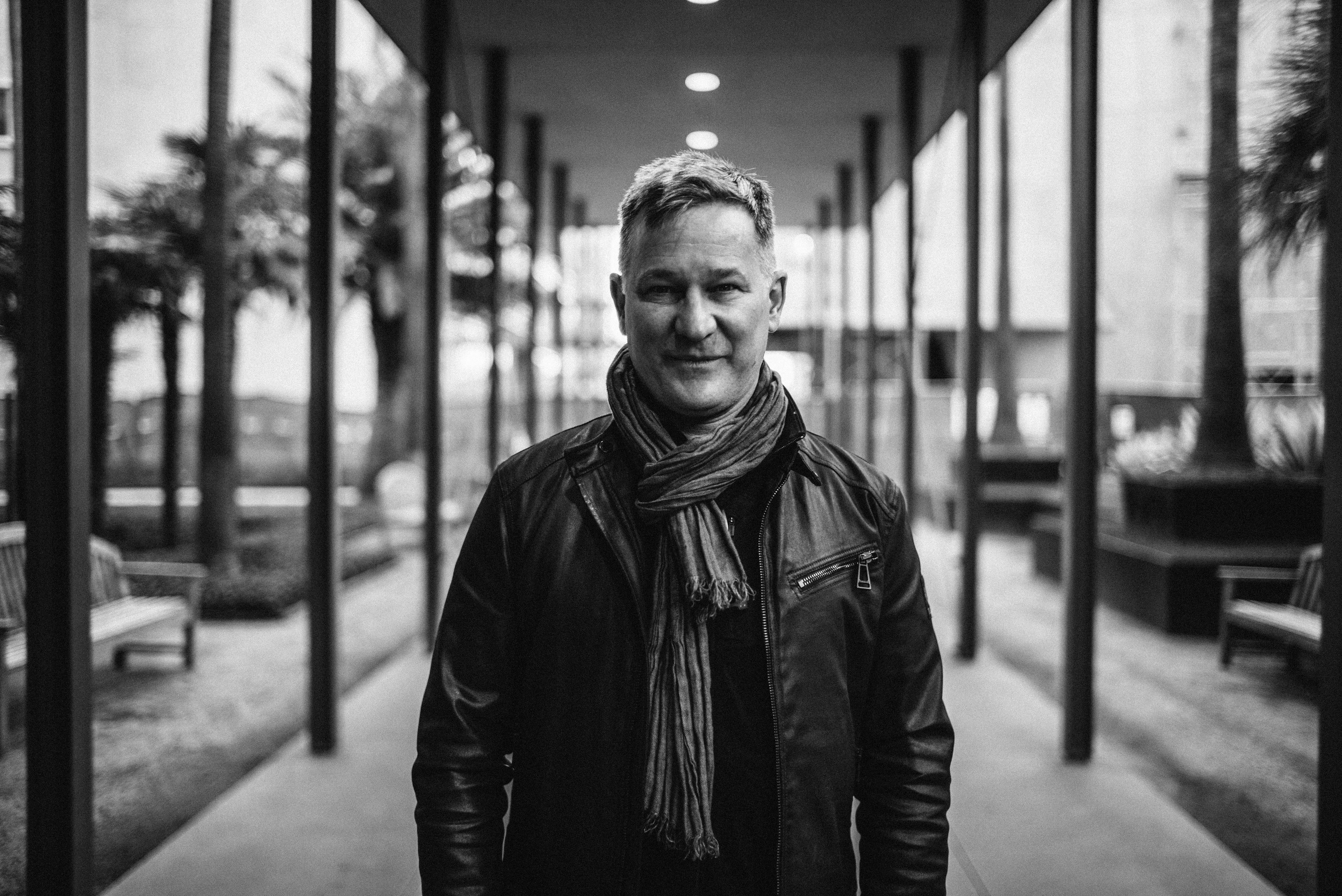 Rob Tercek is a fascinating thinker and futurist. His most recent book, VAPORIZED: Solid Strategies for Success In A Dematerialized World, was selected as a winner for the 2016 International Book of the Year by GetAbstract. I met Rob a number of years ago at the METal networking events in LA. As a pioneering executive for MTV, Sony and OWN, as well as an entrepreneur in disruptive startup ventures, Rob has long been at the forefront of critical thinking about the digital world. Meeting up at LACMA, we discussed a wide range of topics from placeless innovation to the challenge of tech-driven inequality, the myth of perpetual growth to algorithmic management, smart contracts to the economic fallout from a data-driven future.

Finding your pathway to growth I met Tiffani a number of years ago when we were both speaking to an audience of business leaders focused on digital transformation. I was struck by her pragmatic message around navigating the difficult choices that surround achieving sustainable growth, and was keen to interview her for my show. Tiffani is the Global Customer Growth and Innovation Evangelist at Salesforce. Prior to that she spent ten years at Gartner as a distinguished analyst and research fellow. Catching up with her in Los Angeles recently, we spoke about her latest book, ‘Growth IQ’, and what leaders need to be thinking about today as they plan their next smart move. 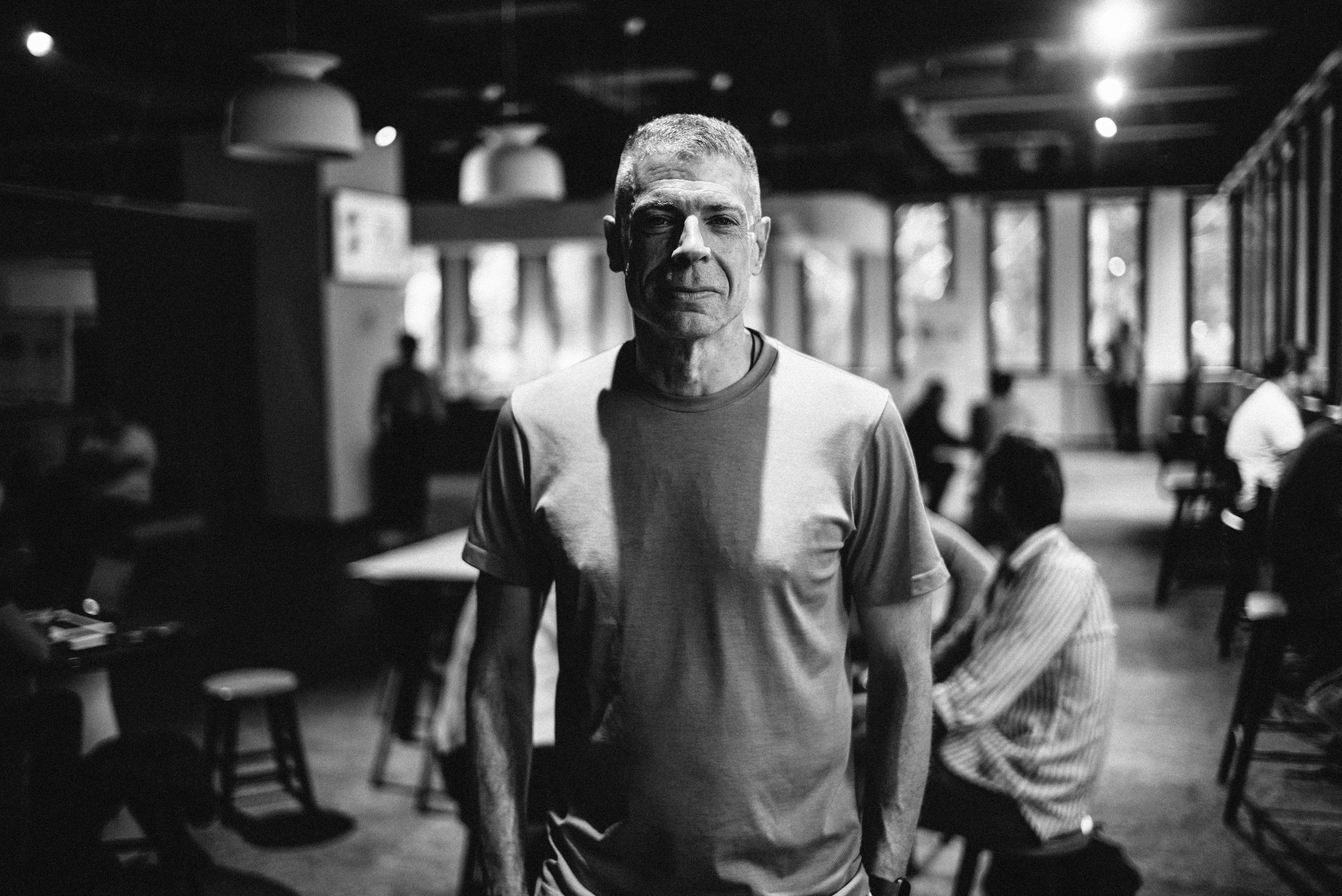 Mark Pesce has been living in the future for longer than just about anyone I know. He was one of the original pioneers of virtual reality, having invented VRML, the standard for 3D on the Web and a core component of MPEG-4. He is the author of 6 books, including "VRML: Browsing and Building Cyberspace", "The Playful World", and, most recently, "The Last Days of Reality". We caught up recently in Sydney where he now lives, to talk about the coming age of algorithms and the perils and pleasures of what it will be like to live in the AI-haunted world of the near future. I met Aleksandro Grabulov almost a decade ago, when he invited me to speak to the global innovation team at Philips in Amsterdam. Back then, Philips was at a turning point. Shortly after I spoke to the group, they divested a number of their consumer appliance divisions, to focus on opportunities in data-driven health tech and connected devices. Grabulov now leads Philips digital and connected products teams in the US, and was responsible for ground-breaking work around their connected toothbrush product line. We spoke about the future of health tech in the algorithmic age, and what it takes to unleash the forces of disruptive innovation, in the context of traditional organizations.

AI, baseball and the future of semiconductors 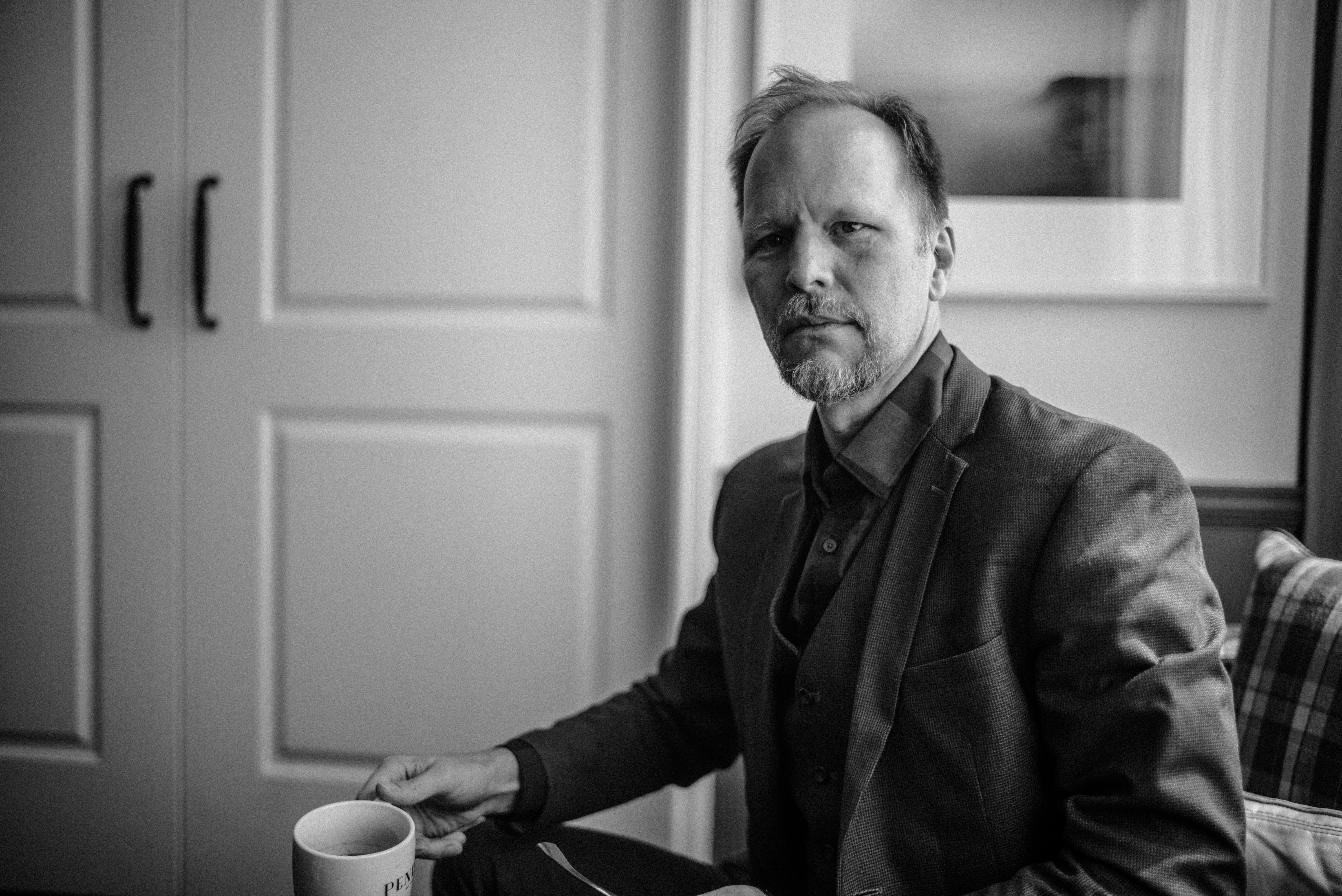 A topic that has fascinated me recently is how the semiconductor industry is changing with the advent of AI and machine learning. We have already seen the stellar rise of NVIDIA, a company previously known for making video gaming cards, once AI developers realized how useful their chips were for deep learning. To get a handle on what’s next for chips, as well as the impact on jobs in that sector, I spoke with Keith Schaub. Keith started out working on radar systems on the famed Lockheed Martin F-22 Raptor jet. He is now a VP at Advantest, which is one of the world’s leading manufacturers of automatic test equipment for the semiconductor industry.

How to build an AI financial advisor 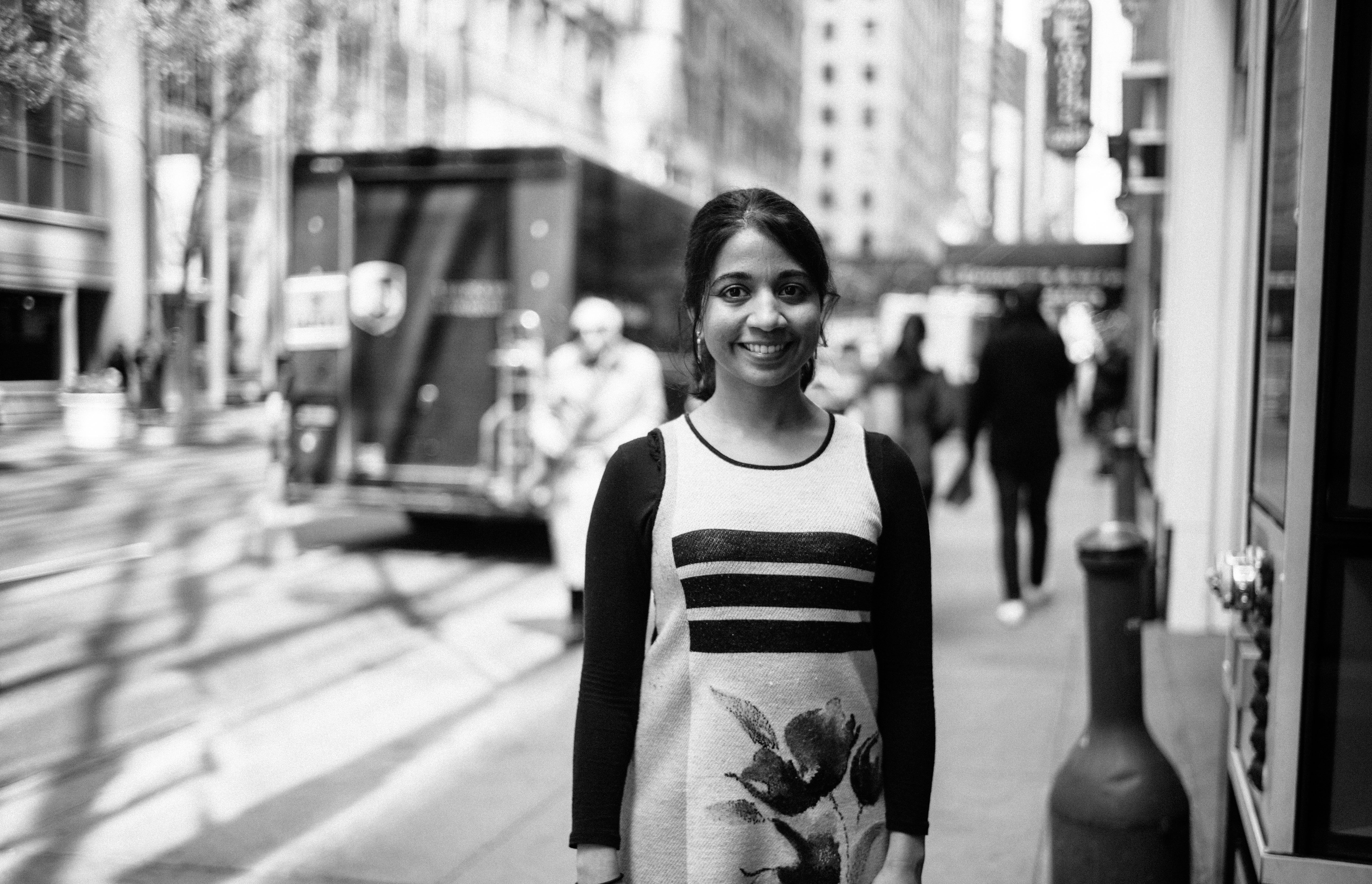 Recently named Founder of the Year by Benzinga, Ramya Joseph is a former banker that combined her knowledge of investment management and machine learning, to create Pefin, the world’s first AI financial advisor. Pefin, which won the People's Choice Award at SXSW in the interactive innovation category, is a neural network which starts with the user’s current finances and projects how they will change over time with market conditions, inflation, taxes, government rules, and the user’s plans. I caught up with Ramya at her company's HQ in New York, where we spoke about the future of algorithmic financial advice, and also what kinds of people AI-first organizations need to hire in order to succeed.

What does it take to be a genius? 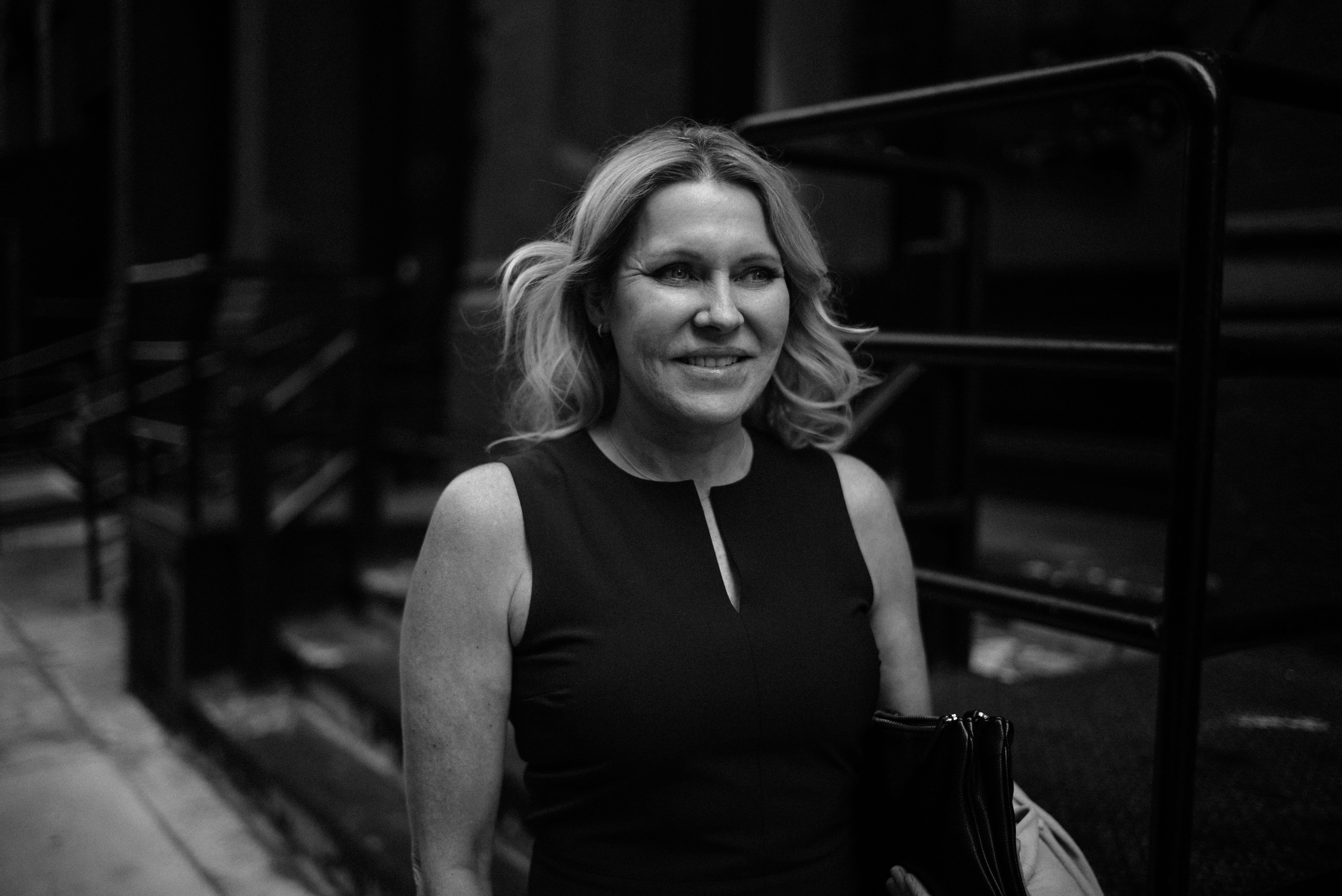 If you have ever been fascinated by the lives of brilliant people like Einstein, Tesla, Curie or Musk - you might have wondered how exactly they were able to do what they do. And, more to the point, what drove them to such impressive achievements? That is a question that Melissa Schilling, a professor at NYU Stern, and author of the bestselling book ‘Quirky: The Remarkable Story of the Traits, Foibles, and Genius of Breakthrough Innovators Who Changed the World’, seeks to answer. I had a coffee with Melissa on a recent trip to New York, and we spoke about what makes these serial innovators tick, and in particular, the personality traits that lead to breakthroughs. What we might think of as impossible - for these people - is simply a place to begin.

How to build a business on Blockchain 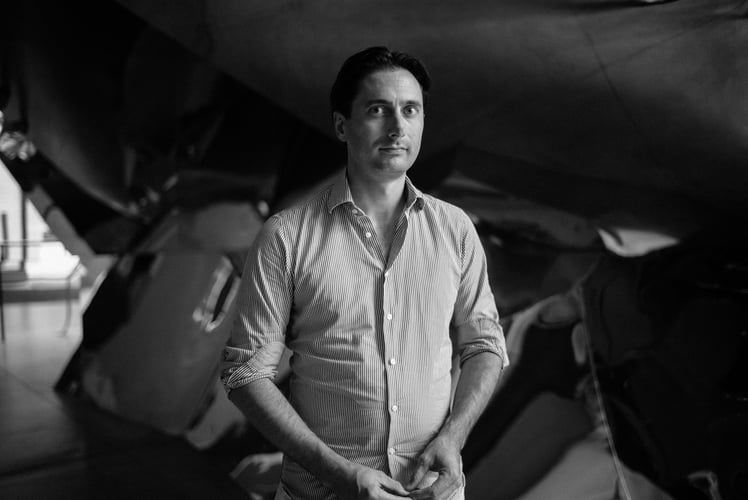 Mark van Rijmenam is one of the world’s foremost experts on the Blockchain, and its potential impact on the future of the firm. Named as one of the top 10 global big data influencers by Onalytica, he is the author of the book 'Think Bigger – Developing a Successful Big Data Strategy for Your Business'. His latest book is titled 'Blockchain: How a Revolutionary Technology will Improve Business and Society'. After reading some of his research papers, I was fascinated to have a coffee with him and talk about algorithms, smart contracts and what decentralized autonomous organisations might mean for tomorrow’s leadership teams. 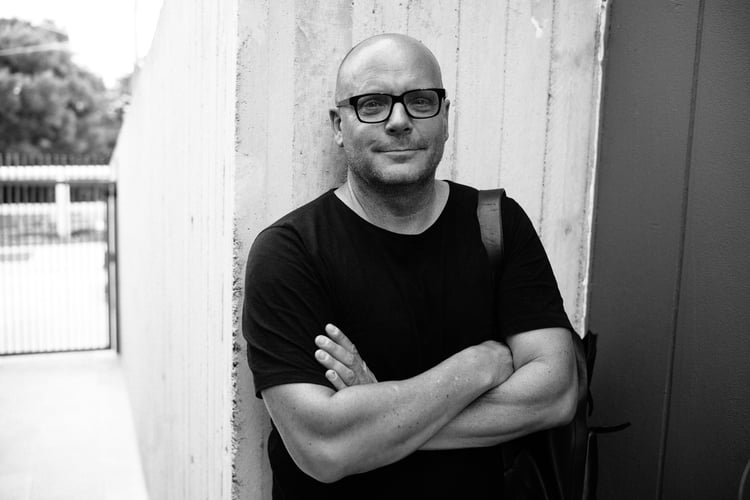 Vince Frost is a world renown designer, author, creative impresario, and one of the most brilliant thinkers on human centered design that I know. He is the founder and Executive Creative Director of Frost*collective, Sydney. We met almost a decade ago, when I approached him to design my first book, ‘Futuretainment’ which was published by Phaidon. His inspired work on that book led to a design award by the Art Director’s Club in New York. Before starting Frost* Design, Vince was the youngest Associate Director at Pentagram. In 2004, he relocated to Sydney and, as Executive Creative Director of Frost*collective, has lead a wide range of projects for clients such as Deutsche Bank, Qantas, Frasers Property and the Sydney Opera House. His latest book is called, ‘Design Your Life’, and is well worth a read. Vince dropped around to my beach pad in Bondi for a coffee, and we took the time to chat about the future of design, and how everyone, even business leaders, could benefit from thinking more like designers.