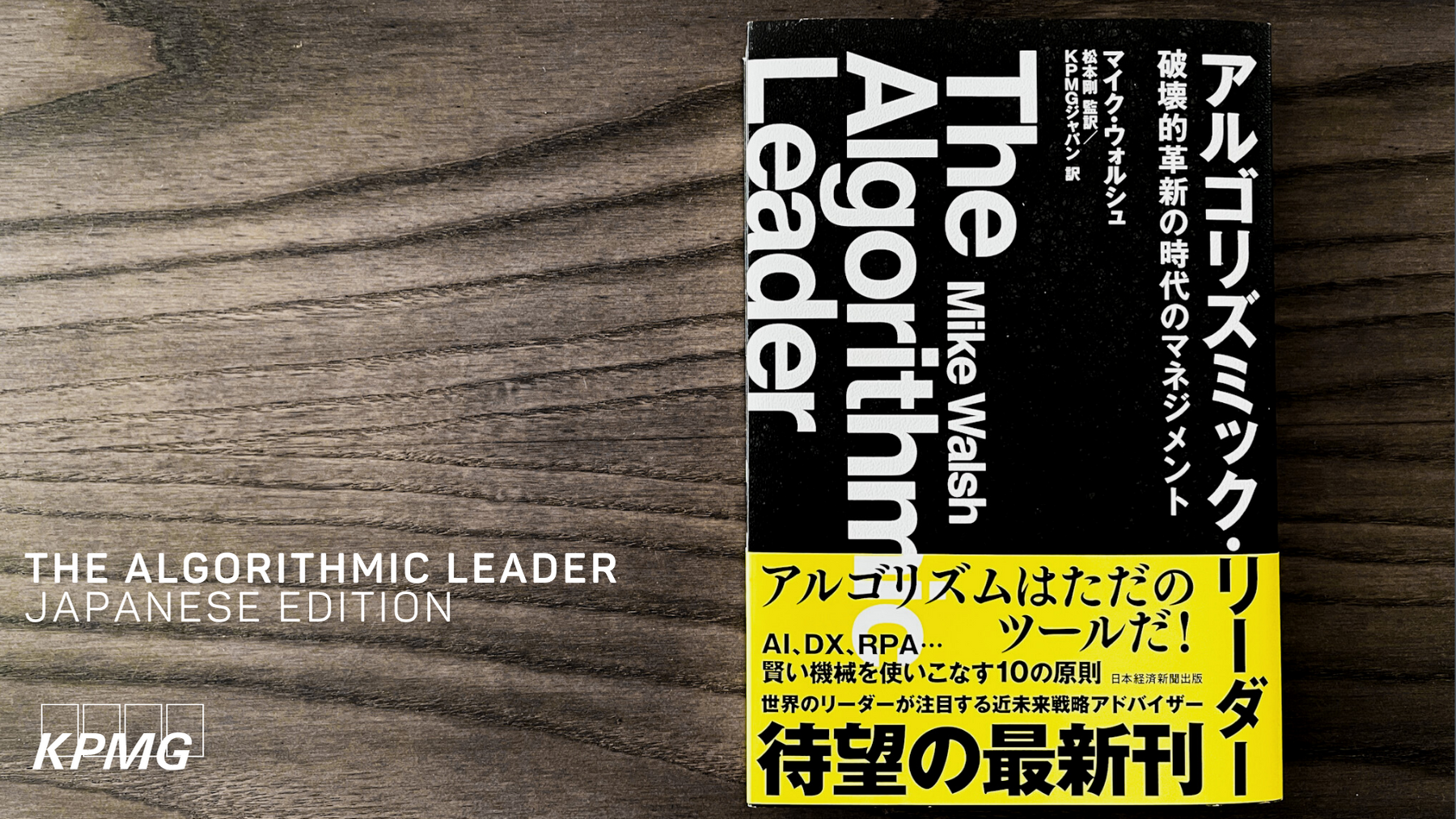 When I wrote this book, many countries were already contemplating what it might mean to live in a world of smart machines. But while most of those nations feared the loss of jobs from automation and AI, for Japan, the risk was the opposite. With an aging population, a diminishing workforce, paper-based processes, and intricate business structures - the real question was: would they be able to transform before it was too late?

That was then; this is now.

The COVID-19 pandemic changed our way of life and hastened the arrival of a radical new future of work. Every organization has had to bring forward its plans for transformation. While for many of us, working from home has been a new and unexpected challenge - that is just the start of a much bigger transformation set to reshape the nature of business itself.

To survive, every organization will have to virtualize.

We are all disruptors now. Overnight, what we used to call digital transformation has just become a plan for staying in business. Whether it be serving customers through digital channels or leveraging AI to ensure business continuity - we are likely to experience in the next twelve months, a decade's worth of change. Not every business will make it, but those that do will never be the same again. And for leaders, now more than ever, is a time to upgrade their capabilities, embrace new technologies, and reimagine what they do.

For Japanese organizations, in particular, the pandemic has opened the way for more direct conversations about the importance of change. Many of the traditional elements of Japanese corporate life - packed commuter trains in the morning, long hours in the office, large formal meetings, and even the practice of "Han-ko" or physical name seals showing approval or disapproval of proposals - had to be reconsidered and even abandoned. To stay operational, Japanese companies had to not only embrace virtual meetings and robotic process automation - they had to change the way they thought about work itself.

Japan was better prepared than many other countries for the sudden shift to remote work during the pandemic because of the Olympics. For the last few years, the Japanese government had been encouraging businesses to allow their employees to work from home during the games to reduce the strain on transportation and traffic. In the same way, what Japanese organizations learn now during the coronavirus crisis will also help their leaders better survive and thrive in the chaotic, post-pandemic world that lies ahead.

However, investing in the right technology is only half the battle. The hardest part of change is always culture. Would Japan have been as successful following their reconstruction if they had just simply invested in the latest automation technologies for production and manufacturing and not also pioneered new ways of thinking about organizational management, quality control, and decision-making? Cultural innovations are often more important and longer-lasting than the technologies that inspired them. It is no accident that ideas like the "Toyota Production System" or lean manufacturing continue to be relevant today - not only to car producers but to startups and technology companies too.

We are at the dawn of a new age. In the same way that the steam engine and electricity transformed productivity in previous eras - AI, algorithms, and automation will be essential to how we live and work in the future. Our success depends on how quickly we can learn what these new tools and technologies mean for how we make decisions, design organizations, and lead people.

I hope that my book can inspire the current and next generation of Japanese leaders to explore new ways of working and thinking. It is precisely in these moments of turbulence and uncertainty that the boldest ideas and technological breakthroughs emerge. To that end, I'd like to thank my brilliant collaborator Mina Sekiguchi, who introduced me to the Japanese organizations and leaders profiled in this book and was also responsible for its translation. In addition, I'd also like to thank Go Matsumoto, head of KPMG's Management Consulting team, for his insights, perspectives and original thinking on the future of digital transformation in Japan.

And for all of you who take the time to read this special Japanese edition, I look forward to the opportunity to return once more to your magical country that both remembers its deep past while dreaming of its distant future.