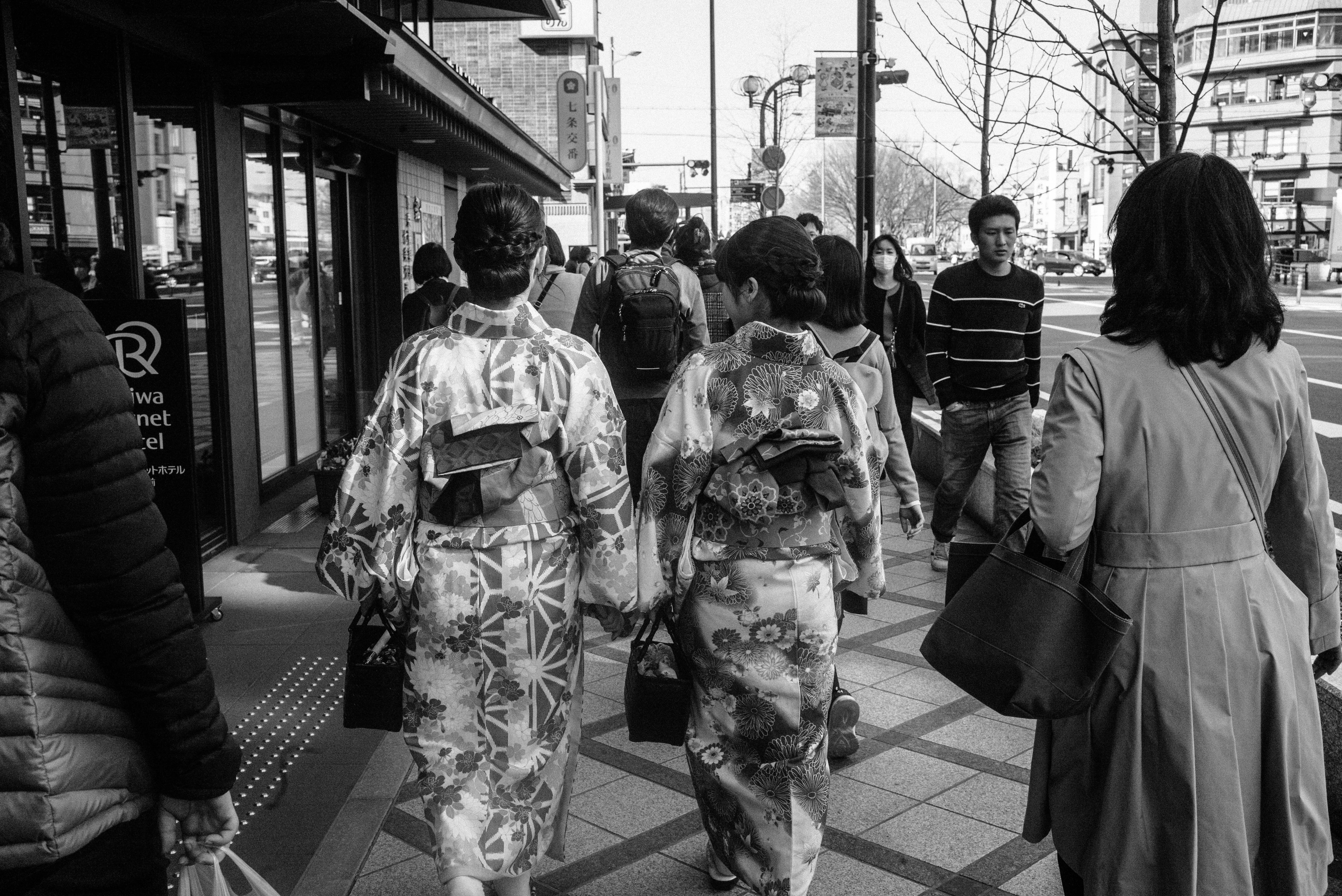 I was fortunate enough to find myself in Japan in late March, just in time for the iconic sakura, or cherry blossom, season. Pink clouds of flowers transformed the streets of Tokyo, all the more beautiful for their transience; the blooms often last for merely a week before they fall like pastel snow. As a guest of Mina Sekiguchi and KPMG’s energy advisory team, I had the chance to reflect on another kind of transformation that has become a priority for many Japanese leaders: how do you reinvent traditional organizations for the algorithmic age?

I’ve long been fascinated by Japan. For many years, I visited Tokyo in search of trends and new patterns of consumer behavior. Japan has the most sophisticated consumer culture in the world, which not only leads to extraordinary retail concepts but also the incubation of unique ideas in mobile payment, social media, and digital content that later re-emerge in other places.

But on this trip, a new thought occurred to me: what if the experience of traditional Japanese organizations as they faced the challenges of algorithms, automation and AI also held lessons for the rest of us? The success or failure of digital transformation in Japan could be a canary in the coal mine for the fate of 21st-century algorithmic organizations elsewhere.

With a rapidly aging population, a diminishing workforce, paper-based processes and intricate business structures - Japanese companies will have automation thrust upon them, long before anyone else. In one curious report that I came across, the writer even argued that one of the main benefits of digital transformation would be gaining more time to take care of your aged parents. Not a sentiment commonly expressed in Silicon Valley!

Transformation does not come easily to traditional organizations - in any culture. And not surprisingly, for players in Japan’s energy industry, the catalyst for change was not new technology, but rather the cataclysmic disaster at the Fukushima nuclear reactor that followed the earthquake of 2011. The ensuing environmental and political crisis led to the deregulation of the country’s energy generation and retail sectors, the arrival of new, digital competitors like Rakuten and Softbank, and a growing acceptance by incumbents that something would need to change.

Here are some of the lessons I learned from talking with some of the leading companies in Japan about their recent journeys of transformation:

Tsusho, like many Japanese companies, is vertically integrated, with a command and control management model. To fast-track transformation, the leadership at Toyota Tsusho realized that they would need to cut through their hierarchical, and rigid company structure. They implemented a new horizontal working group known as Next Mobility, tasked to reinvent the operating model of the business.

While employees are still expected to spend 70% of their time on core activities, those involved in the Next Mobility team are encouraged to use the remaining 30% to explore new ways of doing things, particularly in combination with new, disruptive technologies.

To that end, Tsusho recently became the distributors for the D-Wave quantum computer in Japan. They are looking at creating some of the world’s first practical algorithms to leverage the unique capability of quantum computers to handle classic ‘traveling salesman’ style optimization problems, which they believe in a self-driving car future, may be essential for solving traffic routing and congestion problems.

Sometimes the best way to innovate in a highly traditional business is to do so elsewhere, far from your home market.

Marubeni, another major Japanese trading house, has been experimenting with new business models in a variety of global markets. For instance, they picked Jamaica as a small pilot market to trial generating and retailing energy. In larger markets like the UK, with entrenched competitors, they innovated with Smartest Energy, a platform for trading renewable energy sources.

Rather than continue to rely on large fossil fuel-based generators, the vision at their Smartest Energy business is to aggregate the excess capacity of small-scale renewable assets (even as small as a single wind turbine), and then sell it to small and medium companies. The result is a low-carbon, decentralized power system that reduces costs by matching supply more closely with demand.

#3. Learn once, apply many times

Even Japanese e-commerce conglomerates like Rakuten, are planning their own transformation from a sales-driven organization to one defined by algorithms and data.

In the early days, new employees at Rakuten were expected to serve their time in the call center, and prove that they could close deals. In the future, they may need to demonstrate their ability to code. Following on from a prior program of mandatory English speaking skills, Rakuten leadership is currently considering a new program of 'Codenization', or company-wide programming classes.

As I left a meeting at Rakuten's Tokyo headquarters with their new global data team, I noticed a sign listing the company's five core values. One of them contained a word I didn't recognize. It was labeled Value #3, and read: 'hypothesize - practice - validate - shikumika!'

‘What does Shikumika mean?’, I asked Takuya Kitagawa, Chief Digital Officer at Rakuten as he walked me past the dense cluster of meeting rooms, each furnished with items made by local artisans that sold on the Rakuten platform.

‘Shikumika is to systemize’, explained Kitagawan-san. ‘In practice,  that means to learn ideas from one part of the business, turn it into a system, and apply it elsewhere.’

And that in a nutshell encapsulates the brilliant paradox of Japanese companies. Like many companies worldwide they face the challenge of changing a conservative, hierarchical, and process-driven organizational model. However, their focus on preserving the human value of work, their acceptance of new technologies, and willingness to continuously improve upon what they do may be exactly what success in the post-automation world requires.

Whether you call it ‘Kaizen’ or ‘Shikumika’ - if there is one value that we will need when algorithms can execute better and faster than us humans, it is not the ability to work, but to learn and design better ways of working.