The New Rules For A Tech-Driven World Post-Pandemic 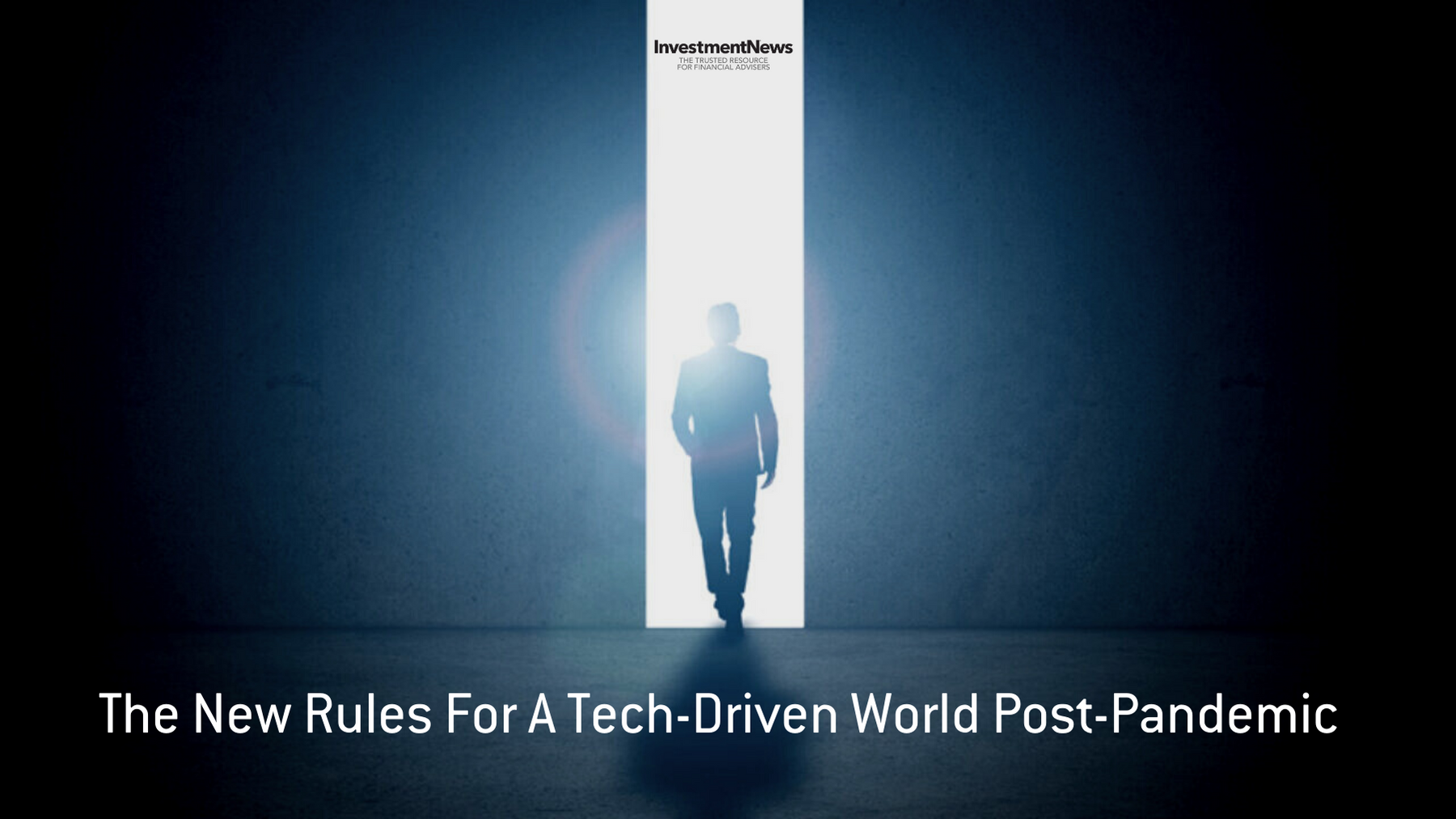 'There is no remote work. There is only work,' futurist Mike Walsh said during a session on the future of the industry at the Schwab Impact conference.

The pandemic has forced the working world to evolve technologically much faster than at any time in recent history, effectively rocketing it forward 10 years in 20 months.

That is here to stay, futurist Mike Walsh said Tuesday in his presentation at the Charles Schwab Impact conference. “There is going to be no return to normal,” he said. “We’re not going to get 2019 back.”

Walsh proposed three new rules for the world going forward. The first of which, is “There is no digital disruption, just digital delivery.” The second, which many now have experience with, is, “There is no remote work. There is only work.” His third rule is, “Artificial intelligence will not destroy jobs, but it will change them.”

The business models of Tesla Inc., Netflix Inc., Uber Technologies Inc., Spotify and other companies have shown a shift from products to platforms and transactions to experiences, he said.

“We are all disrupters now. If you haven’t figured out a way to embrace new technologies … are probably no longer in business today,” Walsh said.

For adults of the future who are children today, “their expectation of how the world needs to work is going to be dramatically different from that of any generation that came before,” he said.

For financial advisers, “your ability to partner with those [technology] platforms is going to be key to your success,” he said.

A big part of that is how data will be used to gain more understanding about clients’ needs in different life stages and how advice is provided, he said. By being forced to operate remotely, the world used tools that it basically had for decades, he noted. Skype, he said, has been around for 20 years, even if it is not now the go-to communication service.

“Remote work is just the beginning of a much larger revolution that is changing the nature of business itself,” he said.

Workers value the important things in life more than their jobs, and companies need to recognize that, adjusting their businesses not just for profit, but for purpose, he said.

“It’s not just about paying people well. It’s about understanding what motivates them more than anything else,” he said.

Employers should “support a culture of data, not opinions,” he noted.

With the rise of artificial intelligence, humans are becoming more important than ever in the world of financial advice, he said.

“We’ve actually seen the counterintuitive rise of the importance of human advisers and human interaction as we’ve gained greater complexity and more technology,” he said. “We’ve actually been here before.”

He referred to the industrial revolution, when many workers’ jobs changed from one manual task to another — such as from weaving textiles to maintaining the machines that took over the weaving. Cloth sales increased, and the number of people employed in that industry quadrupled, he said.

Similarly, the debut of ATMs didn’t put bank tellers out of jobs, but it did change the required skillsets for the job, he noted.

“What we’re seeing now is something much more interesting than a just a return to normal after a global pandemic,” he said. “This truly is the dawn of a new world … Now is the time for us to rethink how we engage our clients and our communities.”