Four Ways To Innovate And Keep Ahead Of The Pack 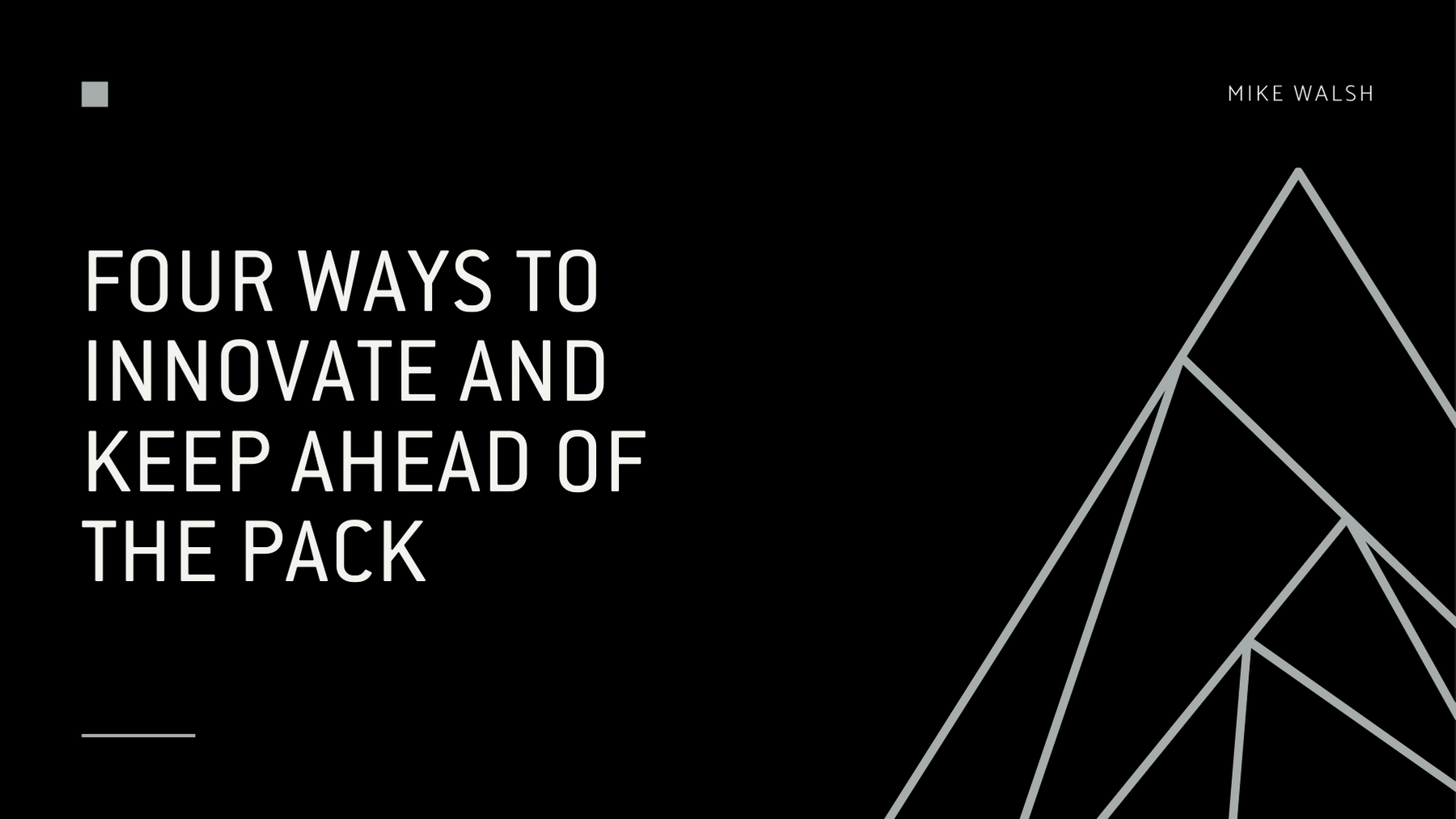 Businesses need to figure out how to engage millennials or risk having their market share snapped up by more agile companies, according to futurist and author Mike Walsh.

Speaking at an event hosted by realestate.com.au in Melbourne on Friday, Walsh said businesses need to be investing in new tools and technology now in order to not get left behind.

Here are Walsh’s top tips for entrepreneurs keen to keep their business ahead of the pack.

Walsh says he spends a lot of time travelling overseas, and he is always struck by the fact consumers in Australia are keen to try new things but businesses are often slow to catch up.

“As consumers we’re always the first in the world to adopt new technologies, we’re the first to get massive televisions or advanced mobile devices,” Walsh says.

“But when it comes to business we’re often the most conservative, the most sceptical and the most unwilling to adopt new technologies because we think, no, we’ll wait.”

A better approach, according to Walsh, is to think big, think new and “most importantly” think quick.

2. Think about how you’re going to engage with the next generation

A lot has changed over the past 20 years. Hardly anyone visits a video store anymore and people turn to the internet when booking a holiday.

Walsh says a good way to keep your business strong is to look back on how things have changed over time.

“Who’s gotten rid of their GPS device in their car because they use their phone?” he asks.

“Look how much your own behaviour has changed in just five years. I want you to think about that and realise how fundamentally different your kids are going to be because of what they’ve been exposed to.”

A good way to start thinking about how to engage the next generation, according to Walsh, is to turn to your own kids or younger friends, relatives or co-workers.

“If you’ve got young kids you don’t need research about the millennials,” he says.

“You don’t need focus groups or segmentation studies. You’ve got the future in your living room. And perhaps more than any other generation … you’ve recognised something important – this generation is going to be nothing like it.”

Walsh says good entrepreneurs get excited not about the latest technology, but by how consumer behaviour changes over time. After all, that’s what business is all about: people.

“Would you ever have used Uber if the whole payment model wasn’t effortless?” he says.

“Would you have ever used Airbnb if the designers hadn’t made the weird factor of sleeping in someone else’s bed go away? That’s why it was so difficult for cab companies, record labels, hotel groups to disrupt their own businesses – because they couldn’t simplify their own complexity.”

Walsh says it is now crucial that companies use big data to engage with customers, and personalise the customer experience.

“Data is only valuable if you can use it to change how you make decisions,” he says.

“Take a company like Amazon. Amazon’s a company completely ruled by data… they don’t have a debate about who’s right or who’s been here the longest. They have a debate about whether the data suggests they should make a decision or not. So if you believe in data, you need to change the way you make decisions – but the other thing you’ve got to think about is how you communicate that data effectively.”