COVID-19 transformed retail overnight. As the vast majority of stores closed around the world, the only way to buy or sell anything was online. The results? Mixed, at best. Supply chains struggled, sites went down, and getting a grocery delivery window was like winning the lottery. It took a crisis to reveal the gaps in digital investment and infrastructure needed for business continuity. Much more will be required if retailers are to reinvent themselves for what comes next.

END_OF_DOCUMENT_TOKEN_TO_BE_REPLACED

The Social Side Of Trust 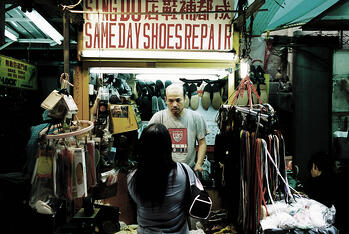 Getting a little help from your friends was easy enough for Lennon and McCartney, but in an age of Google Circles, Facebook lists and Twitter followers - it is far from clear what friendship actually means. Worse still, marketers are muddying the waters. Brands used to want to brainwash us - now they want to be our friends. But consider this for a moment. What if social marketing was not about getting your customers to like you on Facebook but rather fixing a much bigger problem? Namely, trust.

I grew up in a retail family. My old man used to manage department stores and when I was a kid, one of his favourite 'father and son' activities was to take me around the store and check whether the products that had been advertised in the newspaper that day were actually in stock. Perhaps it was his very Irish way of giving his nine year old a home-made MBA. Anyway - one Saturday morning, I remember him pointing out one of displays and asking me whether I knew why there were so many mirrors on the walls? I shook my head, puzzled. 'When people see themselves' he explained with a wry smile, 'they are less likely to steal things'.

Like it or not - 'being seen' - is one of the strange, uncredited forces that keeps civil society in balance. There are a lot of things that people would do if they thought no one else would see them doing it. And in rare moments, like the London riots in 2011 - you get a glimpse of just what those things might actually be. But ironically - the very social platforms that have been behind so much revolution and unrest in recent times, also have the potential to improve the way that your customers behave online. And it couldn't come a moment too soon.

The Web has changed - and in some ways, not for the better. When was the last time you tried to buy or sell something on eBay? What was once a friendly community of amateurs and garage sale enthusiasts now feels to me like an unruly mob of fraudsters, identity thieves and shady offshore merchants. When I recently tried to sell a camera - my advertisement was deleted halfway through an auction. A terse email informed me that my listing was considered potentially fraudelent, and when I re-listed the item and it finally sold - the transaction was voided one final time - because the seller was apparently a fake. Hardly the model of friction-free commerce.

Some argue that new sharing models of commerce will change everything. After all, isn't the popularity of new platforms to share your home, your car, and other posessions indicative of a more responsible online community? Perhaps, but potentially not for long. In my view, like eBay, once digital platforms become mainstream, it is inevitable that the community spirit forged by early adopters becomes tainted by the actions of a few willing to abuse the system.

One solution may be finding better ways to use the social graph to make your customer's networks more transparent. Already, to defeat spammers, many websites require you to login with Facebook before you add your comments to an article. If you connect AirBNB with Facebook, you can see which property owners have common friends with you. Co-working space provider, Loose Cubes, offers a similar feature. Picking an office where friends of yours have worked before helps customers choose between the listings and also provides the owner with a sense of who they are. However, these integrations are only the beginning of what might be possible when you start to combine data with smart consumer pyschology.

The strategy of making your customer networks transparent is not just limited to the digital world. When Grameen bank makes a micro loan, they hold the borrower responsible not only for their debt, but the repayment actions of those in their lending circle. You can see how this logic can be taken a step further ont he Web. Imagine if AirBNB allowed householders to only rent their places to people within one or two degrees of friendship from their network? And when someone did make a booking, the system showed you the pictures of their common friends so that you knew who you would have to answer to should something go wrong. It would be like catching a glimpse of yourself in a store mirror, just when you were thinking of shoplifting.

True - there is something slightly distateful about this. No one likes to be reminded that we live in public. And rightly or wrongly, many still believe that the Internet is some kind of protected space from the rest of society where different rules might apply. That's a delusion. Consumers may want to be Mark Zuckerberg by day and Julian Assange by night, but you can't have it both ways. Either you are connected and you take responsibility for your actions, or you are anonymous, cut-off and on the run.

As social media matures, consumers will discover that their networks, recommendations and behaviour will become a passport as valuable, if not more relevant, than their credit rating. And for business, reaching such an agreement with their customers will be equally essential - literally, a new social contract. Without it, increasing levels of fraud, spam, and abuse will cripple the new economy.

So the next time your marketing manager tells you proudly how many new fans you have on Facebook, ask them to think about the more interesting question. How can you leverage social networks to better shape your customers' behaviour?

END_OF_DOCUMENT_TOKEN_TO_BE_REPLACED 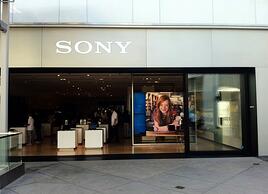 You can have too much of a good thing, especially if it wasn’t yours to start with. Here’s the perfect example - brands that shamelessly imitate the strategies of their major competitors. I was scouting the Westfield complex in Century City, LA last week and noticed a new Sony concept store a few feet from a classic Apple retail shrine. It was striking how similar both stores appeared, except for one crucial distinction - Sony was devoid of customers.


Years ago I remember watching a fascinating interview with Steve Jobs. He was comparing himself to Microsoft and Bill Gates, explaining that their mission at Apple was to take as much as they could from art, music, history, science and technology - in his words ‘the best things that humans have done’ - and cram it into their products. That’s why, he said while people use Microsoft products, they love the ones that Apple makes. The difference was passion.

Apple’s retail strategy is also no stranger to appropriation. Next time you are in front of one of their stores, stop for a minute and squint your eyes so that the laptops and screens disappear and all you can see are abstract shapes, materials and lighting. Anything look

familiar? When they designed their stores, Apple took direct inspiration from the world of luxury boutiques with their expensive construction materials, theatrical street presence and sparse merchandising, They ruthlessly imitated, but importantly - it was not from the playbooks of their immediate competition.

That said - there are some limited scenarios when direct imitation works as a disruptive strategy. For example when you take an expensive product, and deliver a comparable substitute at a dramatically lower pricer point. Although their customers might deny it - low priced imitation is the secret behind the success of fashion brands like Zara and H&M. They directly copy high fashion styles from established luxury brands, and rapidly manufacture and curate market appropriate products at prices mass market consumers can afford. Not so dissimilar is the practice of Chinese ‘shanzhai’ or bandit phone manufacturers, who offer clones of high end smartphones at substantial discounts to their originals, and in doing so, open up entirely new consumer niches.

The distinction between inspiration and imitation might be nuanced, but the competitive differentiation can be vast. Steve Jobs was always fond of the infamous Picasso quip - 'good artists copy but great artists steal'. But what does stealing really mean? When you steal something, you don’t just take it - you make it your own. Sage advice for the next time someone asks you to look over your shoulder and mindlessly mimic something your competition does.

END_OF_DOCUMENT_TOKEN_TO_BE_REPLACED

Contrary to cliché, its not hard putting a value on reputation. Accumulate enough bad reviews on eBay or have your business flamed by enough blog writers, and you can literally count the dollars disappearing from your bank balance. Transactional trust has until now been the main focus of online reputation management systems, but is it the only game in town?

END_OF_DOCUMENT_TOKEN_TO_BE_REPLACED

Shop Or You Drop

eBay have been on a shopping spree lately. On the list - Shopping.com for US$620m and two free classifieds sites (Gumtree and Loquo) bought for an undisclosed amount.