The Economics of Immortality 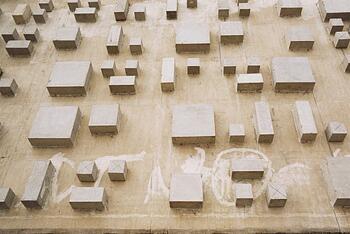 I once asked a well connected friend from the Valley what the stock rich digerati spent their billions on once they exhausted their penchant for Ferraris, Gulfstreams and obscene boats. ‘Secret labs’, he replied cryptically. ‘Now that they are richer than God, most of them are scared of actually meeting him. So many are busy funding scientists and private institutes to keep themselves alive for as long as possible.’ Eccentric, wealthy centenarians are one thing - but to me the real question is what happens when life extension moves from the realms of the super-rich to the masses. In other words, what impact will the economics of immortality have on the rest of us?

Imagine that life extension technology now exists. It could be in twenty years or a hundred - but for the purpose of discussion, there are two key assumptions that matter. Firstly, it will be expensive. Regardless of the actual production and implementation costs of the treatment, the companies who develop it will need to recoup their significant R&D investments and maximise their opportunity for making money while still protected by their patents. Secondly, longevity is unlikely to be a once off process. Similar to servicing a car, extending life is likely to require a program of regular treatments, physical monitoring, and constant adjustments in lifestyle to achieve maximum effectiveness. Given these two conditions, here are my predictions for the future impact of mass market immortality.

The Rise of Info-Pharma Giants
Living longer is a problem whose solution may well be part medical and part informational. Rather than a generalised elixir, life extension is likely to require highly personalised medicine. In other words, your treatment will vary depending on your genetic background and the way you live. Accordingly, the companies that will dominate in the space are likely to combine the medical rigour and research funding scale of large drug companies, with the information processing and data analytics of software or cloud computing giants. In fact, by the time life extension becomes a reality - the merger of an IBM and a Pfizer, may actually be more plausible than today's shotgun marriage of a Google and Motorola.

Immortality As A Service
One possible way that longevity could be made affordable will be to structure it as subscription service. Your monthly charges may vary depending on your individual condition, conformity to certain lifestyle parameters, and how early you begin preventive treatments. ‘Immortality as a service’ providers will monitor their clients very closely - most likely using technology that evolved from today’s mobile bio-informatics apps. So be warned - unhealthy lifestyle choices or dangerous physical hobbies are likely to be met with severe subscription rate hikes or even a cancellation of service.

P2P Meat Markets
The alternative to a subscription funding model` is someone else paying for your extended lifespan. It is not uncommon for rockstars to securitise their future earnings from their back catalogue and get their money upfront, but what about ordinary people? Financial institutions may baulk at the uncertain risks of securitising an individual, but what about a P2P loan market for medical treatments? Consider this scenario - browsing through a virtual stock market of individuals, weighing up their career prospects and capabilities, their influence networks and personal projects - before deciding who you are willing to back with your funds. However, peer funding will be a double edged sword for those who take it. Imagine having to justify quitting your job or taking a holiday to your own personal board of directors.

Social Stagnation
If you want to picture the potential social impact of extended lifespans, the best place to start is Japan. According to the World Bank, the average life expectancy in Japan is 82.9 as compared to the global mean of 69.2. Due to both longer life spans and a strong cultural deference to family elders, young professionals entering the workforce in Japan often have to wait until well into their middle age before gaining positions of influence or power. In our future scenario of extended lifespans - this may become a common global phenomenon. When the rich and powerful hold onto their toys way beyond a normal lifespan, you will see increasingly aged company boards, the indefinite delay of retirement, and a calcification of inherited wealth. And if the new rejuvenated elderly are smart, they will concoct elaborate changes to the educational system to keep people in training longer and even encourage an extended adolescence in ambitious juniors - all to distract them from the reality of their continued grip on power. Bread and circuses indeed!

Black Immortality Markets & Rogue Rejuvenation States
Whether you are a Hollywood Studio defending your movie library, or a luxury brand protecting your handbags from rampant imitation - piracy is already a global epidemic. But now consider the consequences of companies or countries stealing technology to prolong life. Prohibitive pricing and the divisive politics of life extension would certainly be sufficient incentive. Would some emerging market in 2050 proactively encourage reverse engineering longevity technology to provide their citizens with a competitive edge against other nations? Whether it be cosmetic surgery or pregnancy terminations - patients already travel to arbitrage different regulatory regimes and the relative cost of medical treatments. Will we abandon our countries of birth in the future, in order to live longer in some other one? And in the spirit of the oil wars that defined the twentieth century - what kind of future geo-political conflicts could the battle for immortality inspire?

Of course, you should read all of this with a grain of salt. The true consequences of widespread longevity will be impossible to fathom until we actually have to live through it. But as the post war baby boom, China’s One Child Policy and India birth gender selection all demonstrated - small changes in demographics can have devastating impacts to human society. In the meantime, keep a close eye on the world’s technology billionaires. When one of them runs a decent time in the New York Marathon at the tender age of eighty-five, you know a brave new world is almost upon you.