The Modern Spice Routes: The Future of Global Retail

Spice routes were the trade links between ancient civilisations in Asia, Northeast Africa and Europe. Expanded and revitalised during the European “Age of Discovery”, the Spice Trade was more than just the exchange of exotic goods. It was also, in a way, a viral network through which disruptive ideas about everything, from economics to art and politics, spread.

“Modern Spice Routes: The Cultural Impact of Cross-Border Shopping” analyses cross-border online shopping spending and behavior in six major markets: the United States, the United Kingdom, Germany, Australia, mainland China and Brazil. It maps, for the first time, the new spice routes – those corridors of online trade between consumers buying directly from merchants in different parts of the world. 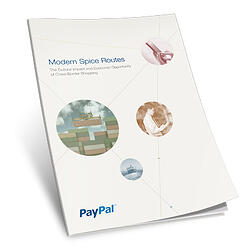